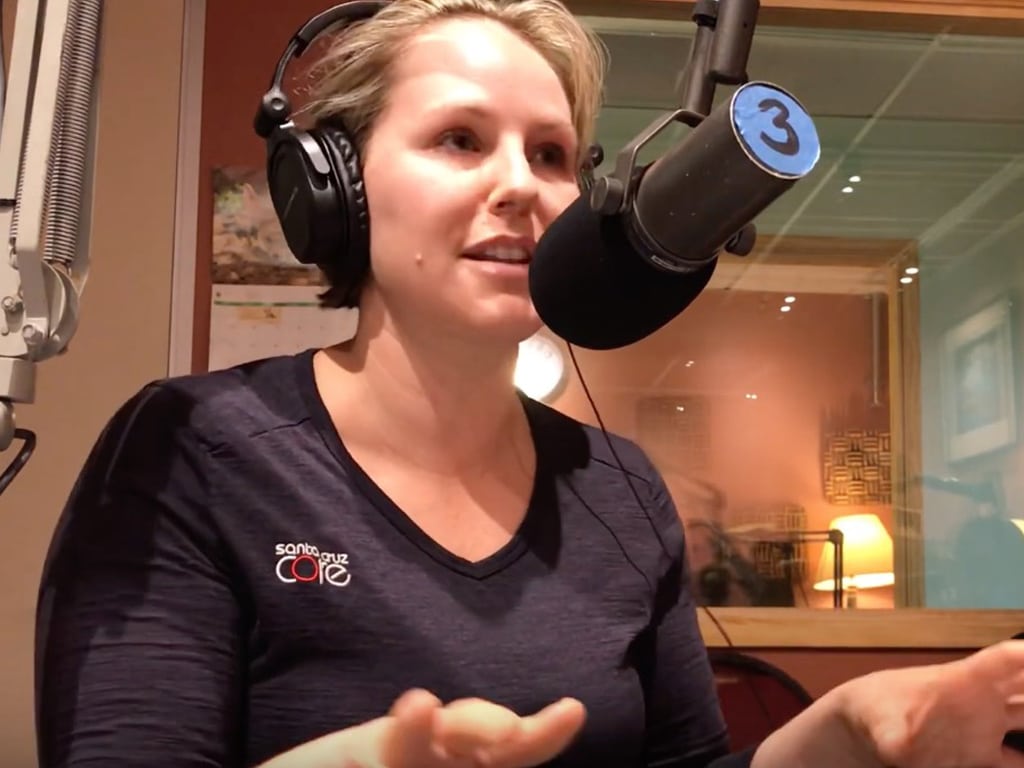 It was a pleasure to be hosted on the Event Santa Cruz and KSCO radio shows last week. I got to share about WHY I became a personal trainer at age 22, WHY I opened Santa Cruz CORE, and WHY helping people is my ultimate life mission.

It all started back in college…

When riding my bike down from the University of California at Santa Cruz I was hit by a car. Little did I know at the time that the accident would be instrumental in my career choice. After five surgeries and numerous doctors appointments, I realized how crucial certain therapies were in achieving optimal health. Through my frustration of having to communicate to many practitioners the same story of my health, not to mention the time it took to get to my appointments everywhere, I dreamt of a place where I could go and everyone I needed to see was under one roof. I later became a personal trainer and decided to open an integrative wellness center June of 2009: Santa Cruz CORE Fitness + Rehab. Since then, we have opened two locations and plan to continue expanding!